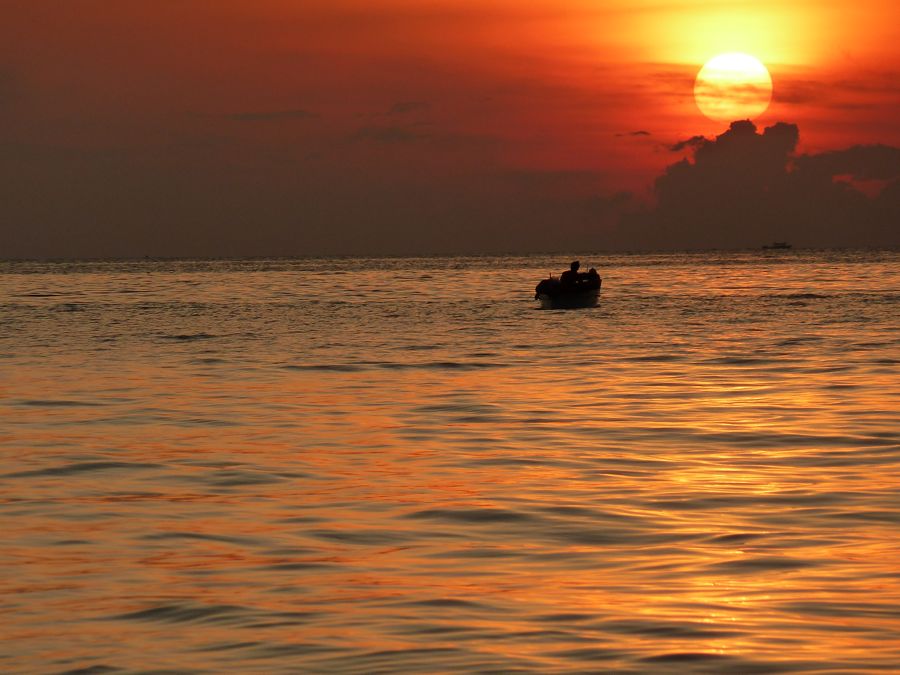 You can travel the world for 25 years and have been in all the country’s in the world, but if you don’t dive you’ve missed out on one of the most beautiful and most amazing things this world has to offer.

There’s a whole new world out there. Full of fishes, corals, sunken boats, turtles, sharks & much MUCH more. Probably everyone climbed a mountain, or at least seen one. But not everyone has seen a mountain under the water. With flowers, animals, a blue sky all around you and the sun shining above your head. Cause thats what it looks like in Sipadan, an island in Borneo. Sipadan island is one of the top 10 dive sites in the world. And i definitely understand why….. You see thousands of jackfish just swimming in a big group together. You go trough them and you have jackfish all around you, wherever you look. Up, down, left, right, straight, backwords…. You just turn around and around and around in the water. Just floating around with thousands of silver fishes around you.

Waking up at 5 o’clock in the morning to take a 40 minutes boat from Mabul to I don’t know where, then take a car to Sanpurna, the driver driving like crazy with dogs everywhere on the road and we are sure the driver will kill at least 5 dogs, it’s a wonder it did not happen. Well so then you get to Sanpurna to get your diving equipment and then take a 1 hour boat to Sipadan that is only 20 minutes from Mabul and you can actually see the island from where we stayed in Mabul.

Waste of sleep if you ask me. But well, i would skip a whole week of sleeping just to go to Sipadan. But probably i would fall a sleep  under the water if i would do that….. Ooops!!

Let me just explain something about Sipadan so you will understand.

One of the reasons it is so beautiful is because it’s not allowed to fish there or stay there and only 120 people are allowed to dive there everyday and thats including the divemasters.

The water is unbelievably crystal clear and has the most amazing color in the world: something between light blue and turquoise. It looks like a pool and you are just speechless, its so beautiful! All we wan’t to do is to jump into the water and swim around. But thats what we came for, hehe.

We had 3 dives at Sipadan and we started  on a dive called ‘White tip avenue’.  Getting there with the boat, we take on our dive gear and roll backwards in the water. Putting on my mask and start snorkeling around i already start to scream “Ooooh!” & “Aaaaaah!” & “Waaauuuwww!!”. The water was really  clear and FULL of colorful fishes. Gardens of corals and… Wow! Is that already the first shark swimming there ? I have to say it was pretty scary to see the first one, even if it was pretty far away. But they where maximum 2 meters so they can’t do anything. It was really cool to see sharks and turtles. They where everywhere! I guess we saw in 3 dives around 50 sharks and 75 turtles! Huge ones as well….. We start diving and its just so beautiful! Sipadan island is a 600 meter rounded free fall wall all around the island, so you have to watch out that you don’t go too deep.

We were swimming with the current and it was full of fishes. They were everywhere. Well, on one side then. Cause on the right side you have only deep dark blue, but then on the left side its full of colors and interesting things.
Parrotfish, angelfish, turtles, pufferfish, boxfish, sharks, groupers & 1000 of other types of  fishes. After swimming a while we saw 5 sharks together swimming around with this small fish attached to them. I first thought they had kids, but if they had kids they probably would not let us come this close. We where not even 1 meter away from them! Its just amazing cause they are not afraid at all! Of course they won’t let you touch them but they are not afraid. So this little fishes are called Remora or Suckerfish. They suck on to sharks, but also to turtles and rays. The funny thing is that they really look like tiny sharks!
We stayed there just looking at them for like 5-10 minutes! It was just amazing to look at them from that close and just watch them swim back and fort, back and fort, back and fort…..  There where some scary parts when they went  a bit of ‘track’ and then came closer to me and i was just like aaah don’t eat me!! Hahahahaha !

In our second dive we instantly saw two turtles swimming in the blue. It looked so beautiful! It looked like they were flying and playing around with each other! All blue around them and the only thing we saw was the two turtles surrounded by dark blue water. Amazing ! Of course there where a lot more turtles and sharks in that dive too, but for me those two turtles were the high lights of this dive. Oh and ‘The butterflies’ of course. Not REAL butterflies but hundreds of triggerfish swimming around each other on the reef so from far away it looked like butterflies flying on flowers on a summer day. But maybe it was just my imagination that made it look like that….

There were also a lot of other fishes in that dive too, of course. Its so rich down there! Another very beautiful thing in that dive was a turtle that was resting in a cave. Me and my dad where swimming a bit behind the others and then we saw that turtle just laying there. We went a bit closer and he lifted his head up and we balanced in the water next to him,  just looking at him for a few minutes and he was looking at us. So peaceful! Then he lifted himself up and went into the blue with another turtle who had just been swimming behind us. I liked that part too. Well, actually i liked every single moment on that dive & all the other dives…..

The third dive was the dive with all the jackfishes. I have to say that that was one of the most incredible and amazing things ever! I swear, there where thousands and thousands of them everywhere. The first 10 minutes of the dive we were just floating in between them. Its really hard to describe how it feels but it was absolutely fantastic! I love it so much. This feeling like being in space with millions of fishes all over me. Incredible feeling. The rest of the dive was beautiful too, tough i liked the other dives more…. Again, a lot of sharks and turtles. Two beautiful lionfish, one black & one red. And at the end of the dive i saw around 15 turtles one after the other! That was pretty magical too….❤

Diving for me is really wonderful. I always enjoy diving, even if you don’t see anything. I just enjoy the feeling of floating around. You feel like in space! Well, at least thats what i think it feels like in space…..  But this was definitely the most amazing dive i have done so far!

Can’t wait for my next dive….